Any “Tidings of Great Joy” This Sad Christmas? 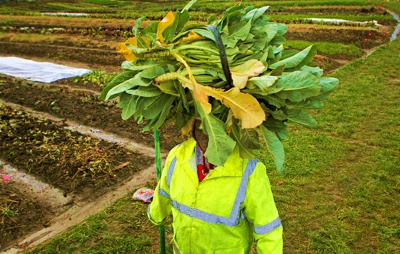 Yes. I was reading the Cleveland Plain Dealer the other day when I came across the most intriguing photograph. It was of a dark-skinned woman in colorful clothing with a huge basket of fresh vegetables balanced on her head. Behind her was a large, immaculately neat and verdant garden. Probably someplace in Africa, I thought, but why on the front page of an American newspaper? Then I did a double-take. The caption under the picture said the locale was near downtown Cleveland, and the woman in the picture was a Clevelander from Burundi, Veronika Inabigo, who works with the Refugee Empowerment Agricultural Program. REAP helps refugees adjust to new communities. These refugees were doing what they did in their homeland, that is raise their own food. Their example was helping native Clevelanders understand that they too can gain food independence, even in the city.

I think this is good news, good tidings of great joy this Christmas. All over our cities, vacant lots and deteriorating residential areas are being returned to food production and verdant landscapes. There are the naysayers who worry that some of this soil might be tainted with too much lead or other contaminants, but tests can easily find that out. Although it is rarely pointed out, much of this soil is fairly pristine, not ever having been farmed and not even disturbed except right around cellar excavations. Much of this land went from forest to city with little disturbance except for lawns and landscaping.

When in Cleveland recently, we drove to one of the new “food hubs” that are being established (Community Greenhouse Partners) around old closed churches and in ghetto ruins. Not much is going on there yet, but looking at the lay of the land around the empty church and crumbling parsonage, a gardener’s fingers just itch to get in there and rehabilitate the surroundings. The old church has lots of room for various kinds of food processing and storage too. The forlorn landscape of weeds, abandoned houses, and crumbling fences around it indicates land that has just been abandoned, not abused like the eroded soil of old farmed out fields.

Food hubs are happening in inner cities all over and we ramparts people should rejoice. Our domain is not only out in the country on the fringes of industrial agribusiness but also in the cities on the fringes of industrial degradation such as you can see in Detroit. Parts of Detroit look almost as bad as bombed out Dresden in World War II. But Detroit is one of the places where gardens and a real farm are being established in the inner city desolation.

Here’s another example of glad tidings. On the way to the barn yesterday, December 18, guess what I spied. Along the side of the path, one of our established daffodil plants had already begun to grow in the unusual warmish weather we’ve been enjoying. Two inches tall already. How this could be, I do not know. But then I hurried around to where the snowdrops come up next to the house, sometimes early in February or even late in January. In one very protected spot, yes, there was a snowdrop, up two inches and sprightly.

These intrepid plants will probably regret their enthusiasm but I am sure that, if snow falls to protect them, they will survive.  The winter solstice is not quite here yet, but soon the sun will begin to linger in the sky, ever so little. Nature is already warming up for another season of growth. Halleluia!
~~

closed on 15 acres of farm in TN this past Feb. It is more than enough property to feed my family of 5 including meat and dairy. I can probably feed others too with this much land. It took a year to find the right place, and anything larger than 15 would be more than I can handle with a 17 hp antique Bolens. But I can make this small plot sing. I did it because in 2008 (economic crash) I could not provide for my family using the skills I was raised with as a child, I didn’t have land. I still have a job, but it was a heck of a time to make me realize what I had forgotten in 20 years of city life. I woke up to the example of my childhood. It is “Tidings of Great Joy” to come back to life and wake up. I harvested hundreds of pounds of heirloom corn that helps feed my chickens (and is now saved for seed), and nearly 40 pounds of green beans this past summer. Not bad for a beginning.

This Spring one of my nephews entered into the State of Connubial Bliss in Washington DC. I vividly remember one little churchyard in what would be best described as a disadvantaged neighborhood. It was knee deep in lush grass and my thinking what a great space for a garden. Our cities are full of spaces begging for the touch of a trowel and a layer of compost.

As to the “snowflakes” I thought about the meteorite that lazily took three skips across the Central PA sky around 4:00 this morning as I walked my old dog before chores. A wonderful start to a Christmas Day.

Best wishes for a Happy Christmas and a most Prolific Garden Year to all!!

This is a little off-topic but I spent today outside in a pasture that was bushhogged last year but grew with abandon all this year. I was fencing out little apple trees from my goats-to-be, who are being gestated as we speak. It was a sunny, 50-degree day; we’ve had a lot of moisture lately so things were a bit damp. As I worked, I heard a strange popping noise coming from the vegetation?! almost like static electricity sparking off randomly all about. My intuition says it has something to do with the sunshine hitting the plants and moisture, but I really have no idea what was creating the sound. Any ideas?

Dear Gene,
Again, a wonderful post. Thanks for all you share. Sending a mountain of blessings to you for Christmas. Hope to see you at the OEFFA conference.

Yes, Jan. Every year WordPress gives us the option of letting snow flakes fall across our blogs for a few days… they move around in direction depending on where your mouse pointer is… no snow as yet here in Mendocino County, but below freezing early mornings recently… Merry Christmas and Happy Holidays to all from Gene and I…

We who love to farm just can’t seem to get enough of this kind of story, can we!!! But … a little off topic … Having just turned 60 I thought I was starting to get “floaters” in my eyes until I finally realized the delicate little white spots floating through my vision were dustings of snow flakes across your blog site. Nice touch … Dave?

Growing things inside the city makes a lot of sense in a lot of ways: 1) producing food where people are located (not just close to market but in the middle of the market) 2) producing food where it is consumed and a lot of organic material is otherwise wasted 3) you can feed animals on the waste stream (provided you get around regulations that don’t allow restaurants and grocery stores to give the food to people with animals) 4) the organic material from bagged leaves, horse stables, grass clippings, neighbors’ table scraps, etc. are virtually limitless 5) You can heat your home with firewood you find on the side of the street—usually already cut to a size that fits in the fireplace 6) bartering is easy easy easy with lots of options 7) it’s closer to the historiacally sustainable/workable farming model from the past: villages. From what I can tell, the idea of the farmer or homesteader alone with his family on his tract of land is, historically speaking, fairly new.

I think it also fits with what I think Mr. Logsdon said he thought could be the future: people that farm in part and engage in other occupations in part as well.

I’m pretty well locked into working in the city (small city of 70k) but obsess constantly over whether I ought to move out to the country where I would have more room to raise more animals than what I can on my “urban homestead” on a vacant lot a couple miles from my home (and be able to step off my back porch to check on animals rather than going down the road). Some of you would probably take issue with this, but we have lived in the country and in the city and find there is more of a sense of community and mutual aid in the city than in the country—at least around here. And there are libraries and churches and my office within walking distance. There is also the issue of commuting.

Great article Gene I really enjoyed reading it. It is nice to read of some pleasant news, with so much negative thrown in front of people. I work in a college in Adelaide, so do not know a lot about Detroit or the US to be honest. Thou I had the pleasure today to spend an hour in the school vegetable garden, I picked a punit of strawberry’s, corn, a couple of lettuce and some cherry tomatoes, the taste was amazing. How simple life should be.

I grew up in Detroit-lived there until I was 33 and moved away almost 25 years ago because the place was going to hell.Dresden was rebuilt soon after the war demolished it… you need the right culture to incubate “ramparts people”, maybe this is the beginning of something good-I hope so. Merry Christmas and thanks for all the wonderful things you do and write about!

Gene, you do bring tidings of great joy. Let us hope all hear your digital voice.

Thanks for the spirit lift, Gene! These gray Ohio days tend to lead to depression. Hurray for you and seed catalogs. Best wishes tp you & Carol!

A top soil specialist once said that the best topsoil in the world lies under the city of Chicago. I grew a garden every year while growing up near O’Hare Airport in Chicago and the soil specialist was correct!

Empty churches lend themselves to modest non-profit village service centers in addition to agriculture, food prep, package shipping depots, when practical nurses, dental hygenists, pizza/bakery, ride sharing/coffee cuppers use the buildings for multiple enterprises. Maybe the new village nurse is shared with other villages in rotation, but with long trips to hospitals and $250 “boo-boo” fees there, going local in a former religious structure as a “beehive” of small services can mean a lot to a village. As a former rescuer of a derilict woolen mill, I rented out spaces the size of a small garage or living room rug [between four support pillars] for $1 per day [$28 in February] heat, light parking, toilets, snow plowing, everything, and got 32 venture capitalists to give it a go. Only 6 still exist 30 years later [grown up and moved on] but I would guess they may represent a couple dozen jobs today. Maybe more. I used to think of it as the Gulliver Effect, hundreds of small string can do as well is a giant hawser. [maybe better?]
A Mess of Micro Mini Marts, can keep the warmth of bygone churches alive.

I don’t know if you heard but the city of Detroit is seeking an exemption from Michigan’s Right to Farm law so they can put their blocks and blocks of empty abandoned space into urban farms. i am of two minds of their requested exemption but found it fascinating that they are pushing forward on this issue. Maybe it is the “farm of the future” Gene.
Dan Hubbell 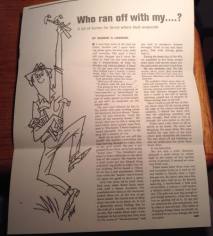 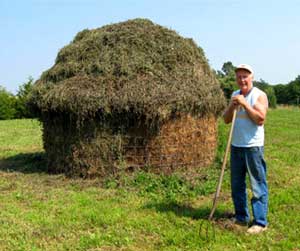 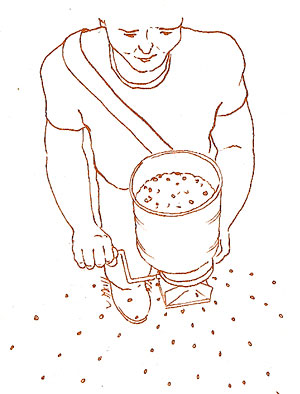